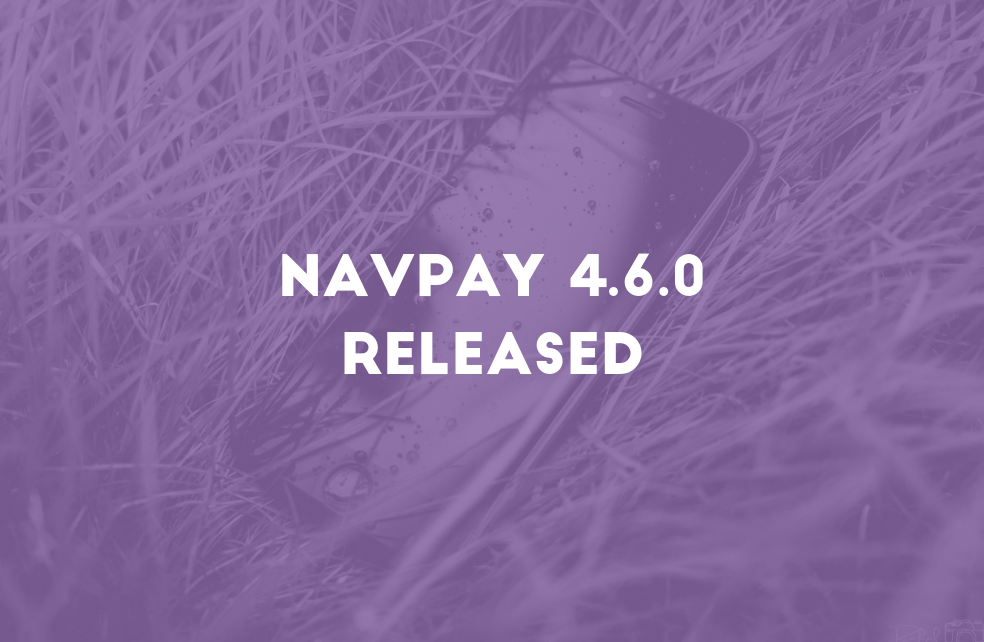 It’s been a busy week in the NavCoin Community with the release of NavPay 4.6.0, the launch of the NavCoin Core developer bounty program and more.

The upgrade to enable cold staking spending with the NavPay servers experienced some delays and was postponed from it’s originally scheduled date of Friday 12 April. After a few trial runs on the staging environments, all the issues were ironed out and the production servers were upgraded on Tuesday 16th of April.

Along with the backend upgrade, a new version of the wallet has been released. You will need to update to version 4.6.0 to see your cold staking balance in NavPay if you used it to generate your spending keys.

If you’re on Android, the update should come automatically from the Google Play store within the next 48 hours.

To check you’re on the right version navigate to;

For more information please check the release notes and the NavHub article.

Alex has launched the NavCoin Core Bounty program and submitted a Community Fund proposal to kickstart the initiative. Bounty programs are an important part of open source development communities and we hope this initiative will help attract more people to engage with the NavCoin project.

Despite having the Community Fund, a consolidated bounty program is still a valuable addition since it usually covers items which might be considered too small to have its own community fund proposal.

Proposed bounties range from 100NAV - 10,000NAV and include both finding bugs and submitting them as issues to GitHub as well as solving them. So whether you’re a developer or not, you can participate in the bounty program and earn NAV.

There are many facets to the NavCoin project and probably the next most important parts of the project besides NavCoin Core are the NavCoin.org and NavHub.org websites. Over the last year NavCoin Core have put a lot of effort into making these sites capable of being maintained by the NavCoin Community. Now more than ever it’s important for the community to setup and help to keep these sites up to date.

If you have any skills as a web developer (or you’d like to learn) and want to get involved with a crypto project, now is your chance to get involved. Both sites are built with the Hugo templating engine along with pretty basic HTML and CSS.

Two guides have been added to the knowledge base to help developers add new merchants and exchanges to the site;

There are new exchanges and merchants adding NavCoin on a weekly basis and adding these to the site is a pretty simple way to get started. Have a look at some of the issues labelled “good first issue” and feel free to add them to the site.

Here are some of the latest merchants to accept NavCoin.

Vulnerability Management in the form of software as a service.

These merchants are all waiting to be added to the NavCoin.org merchants page. If you’ve read the previous item about helping to maintain the websites and want to get involved, head on over to the GitHub issues and claim one to get started.

NavCoin’s reward schema has been updated on the StakingRewards.com website. The site currently shows NavCoin having a calculated yearly yield of 15.04% (as NAV) and gives NavCoin a StakingRewards score of 82.5%.

The site also includes some other price and staking statistics about NavCoin including a rewards calculator. Check it out here;

There is currently 116,600 NAV available in the community fund with 6 pending proposals and 1 pending payment requests active being voted on.

Three proposals were passed last week and move onto the action phase. These proposals include funding for a Portuguese marketing campaign, creation of a NavCoin marketing kit and issuing NavCoin its FCAS rating.

Cryptoeye wants to host a NavCoin meetup at his local University in Bolgatanga, Ghana.

Alex V wants to kickstart the NavCoin Bounty program with 25k from the community fund.