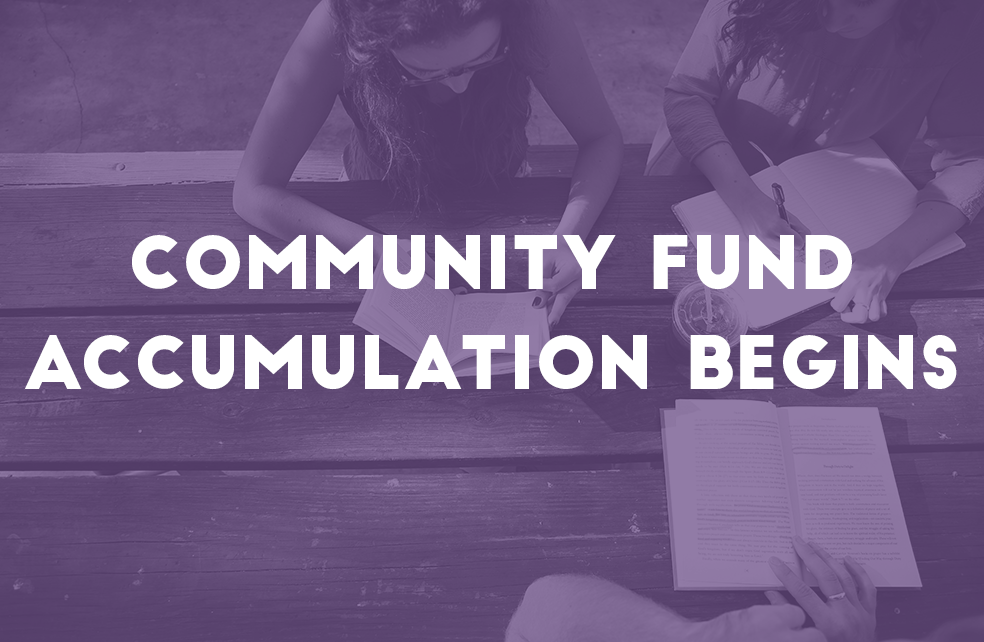 As a member of the community it’s something you can be proud of, because the Community Fund will be the world’s first dual consensus blockchain development fund. NavCoin community members who are staking on the network will be able to vote on projects they believe merit funding. Later they can vote again to release payment to the project owner if they agree that the project has met its objectives.

You can view how much NAV has accumulated here:

Stage two of the Community Fund’s activation is being rolled out over the next few months, and will include the launch of a social platform and educational content to make collaborating with other community members on projects easier. In the meantime, testing of the proposal and voting mechanism is underway. Once the code is fully tested and is getting close to release you’ll get more details on how to create and submit proposals.

If you’d like some inspiration for your own NavCoin Community Fund proposal you can see current projects here:

You can also start to discuss your project ideas, build your team, or collaborate with other community members. A couple of easy ways to connect with others are on Discord:

To continue staking your NAV and securing the network you need to update to the latest NavCoin Core 4.2.1 wallet as soon as possible. Because this protocol update includes a soft fork which fixes the the Time Sync bug, it is essential for network stability that you update, otherwise your node will be dropped from the network. This soft fork is now live - so if you’re not in the majority of NAV stakers who have done it already, make sure you download the new version of the NavCoin Core Wallet now.

Along with the Community Fund, much of the focus of NavCoin Core developers over the past week has been on the Kauri multi-currency wallet project.

The response for getting raw transactions from the new Kauri API was added to v0.1.1 of the API specification on SwaggerHub. This API spec is a blueprint for initial prototype development and formalises the relationship between the front and back end of the Kauri wallet.

The Apache Cordova implementation, which enables the cross-platform mobile deployment of Kauri is being reviewed and tested for iOS and Android.

The next features to be developed for Kauri will be address generation, getting wallet balances, and a patch to make building the wallet easier on some versions of Mac OSX.

Version 1.0.3 of the NEXT wallet is now available - which adds more functionality, as well an easter egg game of memory you can play inside the wallet! And if you’re a business, you can now easily add your location into the NEXT wallet. Read here for more information: https://blog.navcommunity.net/2018/07/03/next-1-0-3-beta-released/

To provide easier access to resources that you can use to create your own NavCoin promotional material a new assets page has been created for the NavHub.org community site. It contains the NavCoin Brand Guidelines and a library of downloadable asset packs, including logos, web assets, and art from Beekart.

What’s more, because the NavCoin community websites are static sites generated using GitHub, anyone can contribute to them and add in their own assets.

NavCoin Italia has been busy adding more merchants to the NavCoin roster. In the past week they’ve brought on board a childcare centre and a tattooist. View the interactive map of NavCoin merchants in Italy here:

Craig continued his blockchain education work in the New Zealand business community with a presentation to developers at TradeMe (NZ’s version of eBay), and a visit to the World Wildlife Fund to talk to their fundraising team about accepting donations in cryptocurrency. To learn more about their work visit https://www.worldwildlife.org/