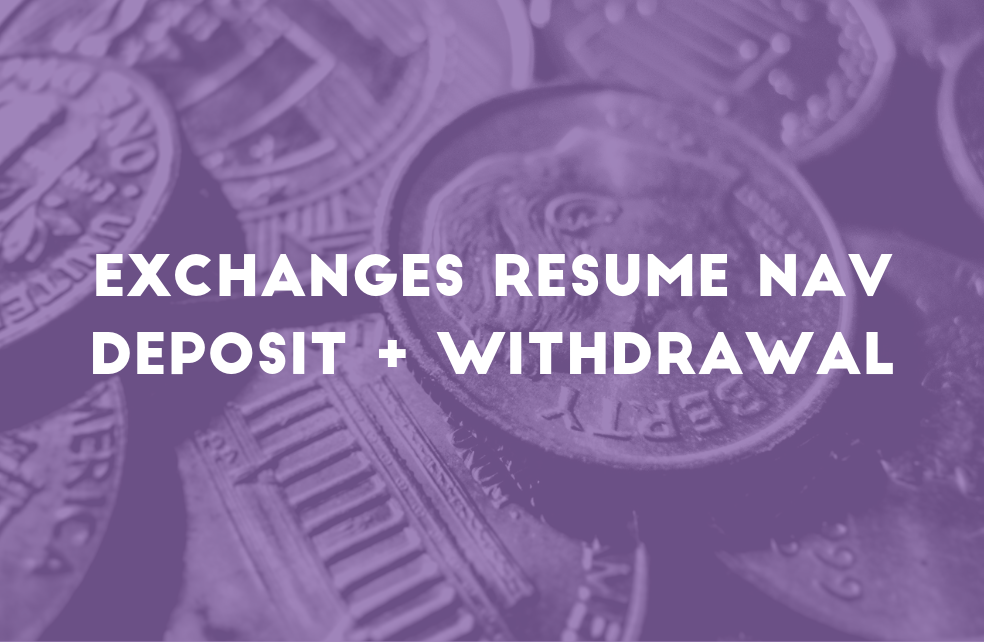 After some recent service disruption, all the major exchanges have resumed NAV deposits and withdrawals, a Ledger integration is underway and the NavDroid Debian package is nearing completion.

After some weeks of having their NAV wallets in maintenance mode, all the major NAV exchanges are now open for deposits and withdrawals again. The network issue which caused the outage was resolved in NavCoin Core 4.6.0 which was released on the 7th of May. It took all of the exchanges some time to test the wallet and restore the service but we are happy to say that they are now functioning nominally again. Binance had an additional delay due to the system wide hack they suffered, but they have now also resumed their service.

NavCoin Core Contributor mxaddict is proving to be a valuable asset to the NavCoin Development Community. As well as his recent efforts contributing to NavCoin Core and claiming developer bounties, he has started work on a Ledger Nano integration for NavCoin.

So far mxaddict has the basic BOLOS App for NAV working on the ledger firmware. 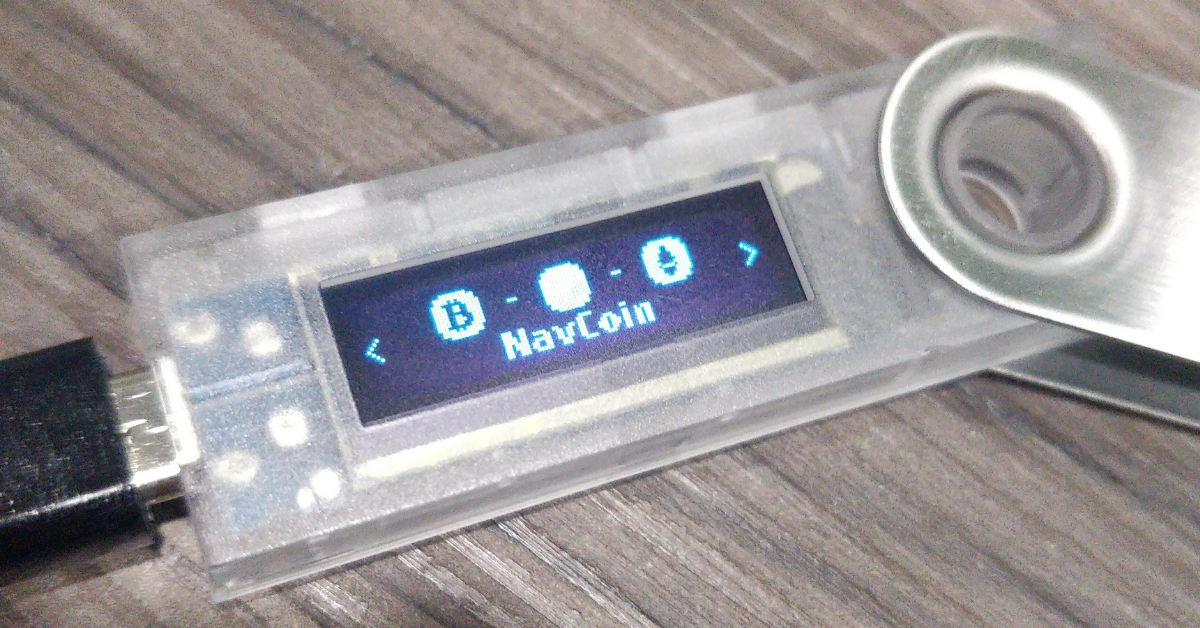 Pull Requests for the BOLOS app have been submitted to the Ledger GitHub repository and is now awaiting feedback, review and integration.

The next steps are to configure an interface to the ledger device. There are a few options to consider; Ledger Live, NavPay or NavCoin Core. All three can eventually have ledger interfaces added and a decision about which one to do first will depend on which one can be done the fastest after some ongoing investigation is completed.

At this point it is not certain how long the interface integration will take or when NAV will be available for public use on the Ledger devices. We do understand that hardware support is an important part of the NavCoin eco-system, especially with cold staking now available. Storing your cold staking spending keys on a secure hardware wallet like the Ledger would be the simplest and most secure way to store your NAV while you stake.

Join the NavCoin Discord and keep an eye on the weekly report to stay up to date with progress on the Ledger integration project.

NavCoin Community Developers mntyfrsh and caffeine have been working together to refine the NavDroid interface and bundle it into a debian package for distribution. When the debian package is released the NavDroid software will be able to be easily installed on x86 Ubuntu based platforms as well as ARM for ODroid. Other advantages of releasing it as a debian package are that you won’t need to download and flash the whole SD card to get the software working and you can install it onto an existing system without needing to do a lot of environment configuration.

The NavDroid project is still looking for front end web developers and testers to help refine the software and test it out before launch. If you want to get involved and be a part of this awesome open source project, join the NavCoin Discord channel #dev-navdroid and say hi.

Some of the notable additions are the OP_POOL script which will be used to denote coinbase transactions mined by the NavPool service as a way to monitor its network influence as well as improvements to the importaddress command so it watches cold staking addresses correctly.

To check out everything that’s being worked on head on over to the NavCoin Core GitHub repository and take a look at the Issues and Pull Requests tabs. There’s still plenty of issues with developer bounties assigned if you want to earn some NAV and contribute to NavCoin Core. All you have to do is claim an issue or if you find a feature or bug you want to work on then write your own issue and request a bounty assessment from aguycalled.

With the recent issues discovered in the Zerocoin protocol, the NavCoin Community initiated a sentiment vote on whether it was better to have transaction amounts cryptographically hidden or remain able to be audited. The ZeroCT protocol as defined in its whitepaper would make the amounts cryptographically hidden to provide stronger anonymity. Some community members are concerned at the lack of auditability hiding the amount creates and fear that even though the cryptography i sound, the implementation could introduce inflation bugs.

It’s quite a close race and so far there is no supermajority agreement either way. In NavCoin soft forks to change the consensus require 75% agreement which can be challenging if the issue is divisive.

Either way, ZeroCT will need to redesigned to eliminate the issue found in the Zerocoin protocol since that part is not related to hiding the transaction amounts. Once a new solution is found, one option could be to deploy the privacy implementation in two soft forks; one with the senders/receivers hidden and an additional soft fork to hide the amounts and let the network decide. Depending on what solution is found will dictate whether this two staged approach is possible.

Some weeks ago Fuseini Alhassan - also known as cryptoeye - put forward a Community Fund proposal to sponsor a NavCoin Meet-Up and cryptocurrency education session at the Bolgantanga Technical University in Ghana. The proposal passed, cryptoeye received the funding and has since put on the event which was the first NavCoin meet-up to be held on the African continent. The meet-up was a success with a full class of 49 participants attending eager to learn about cryptocurrency and NavCoin. The attendees received airdrops of NavCoin so they could experience how fast and easy cryptocurrency is to use, NavCoin t-shirts and an education seminar on the benefits of cryptocurrencies and NavCoin. 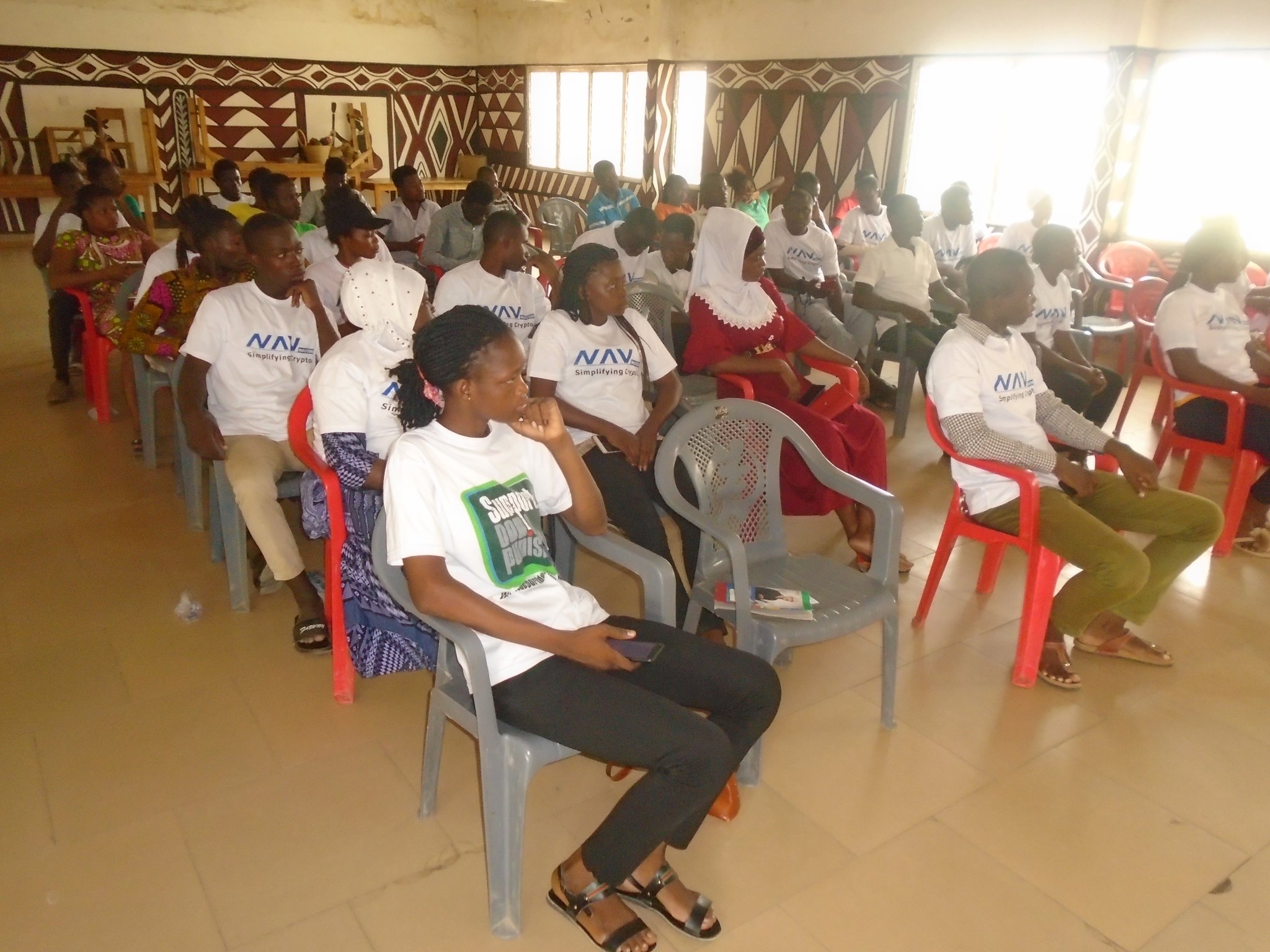 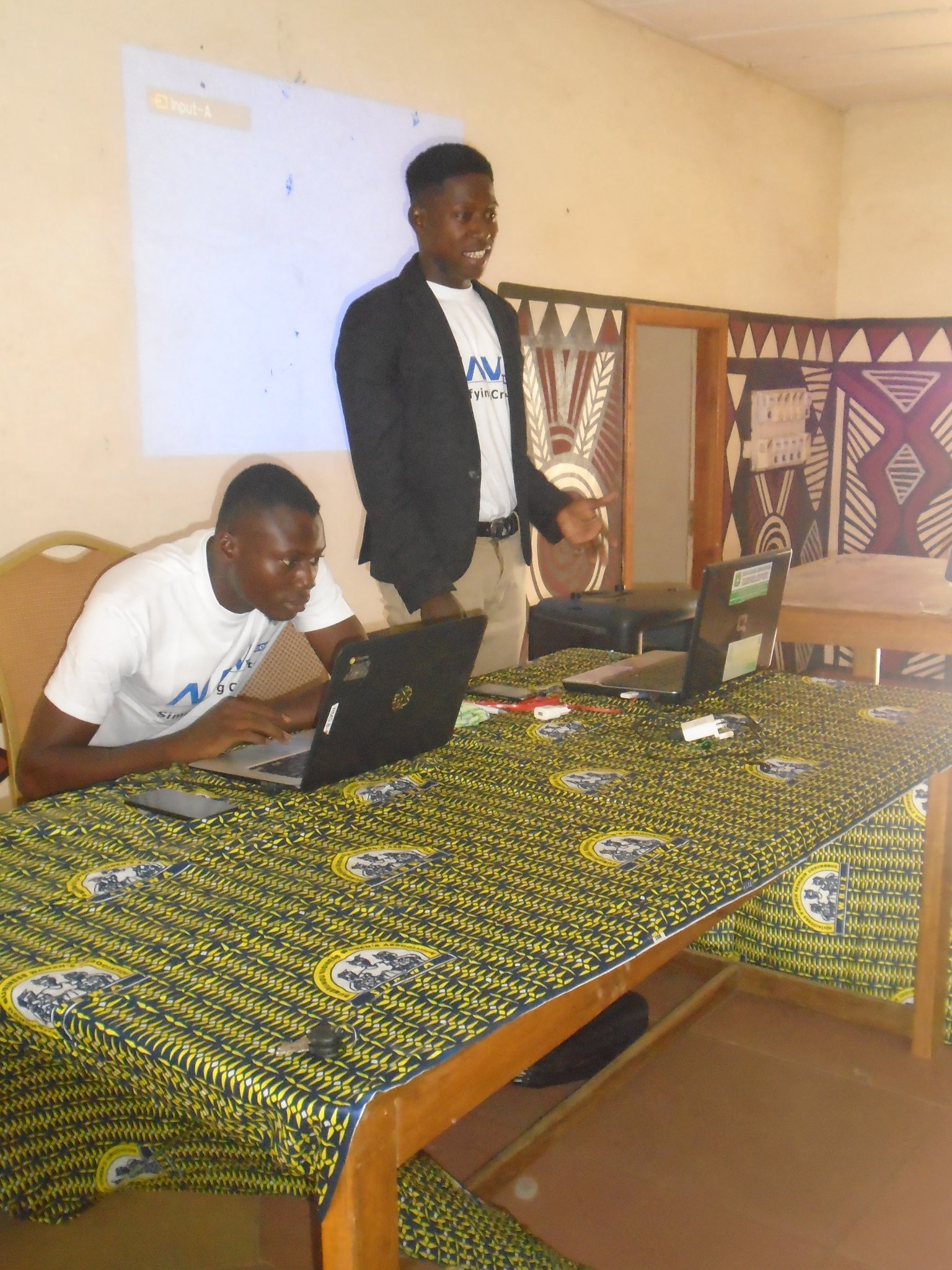 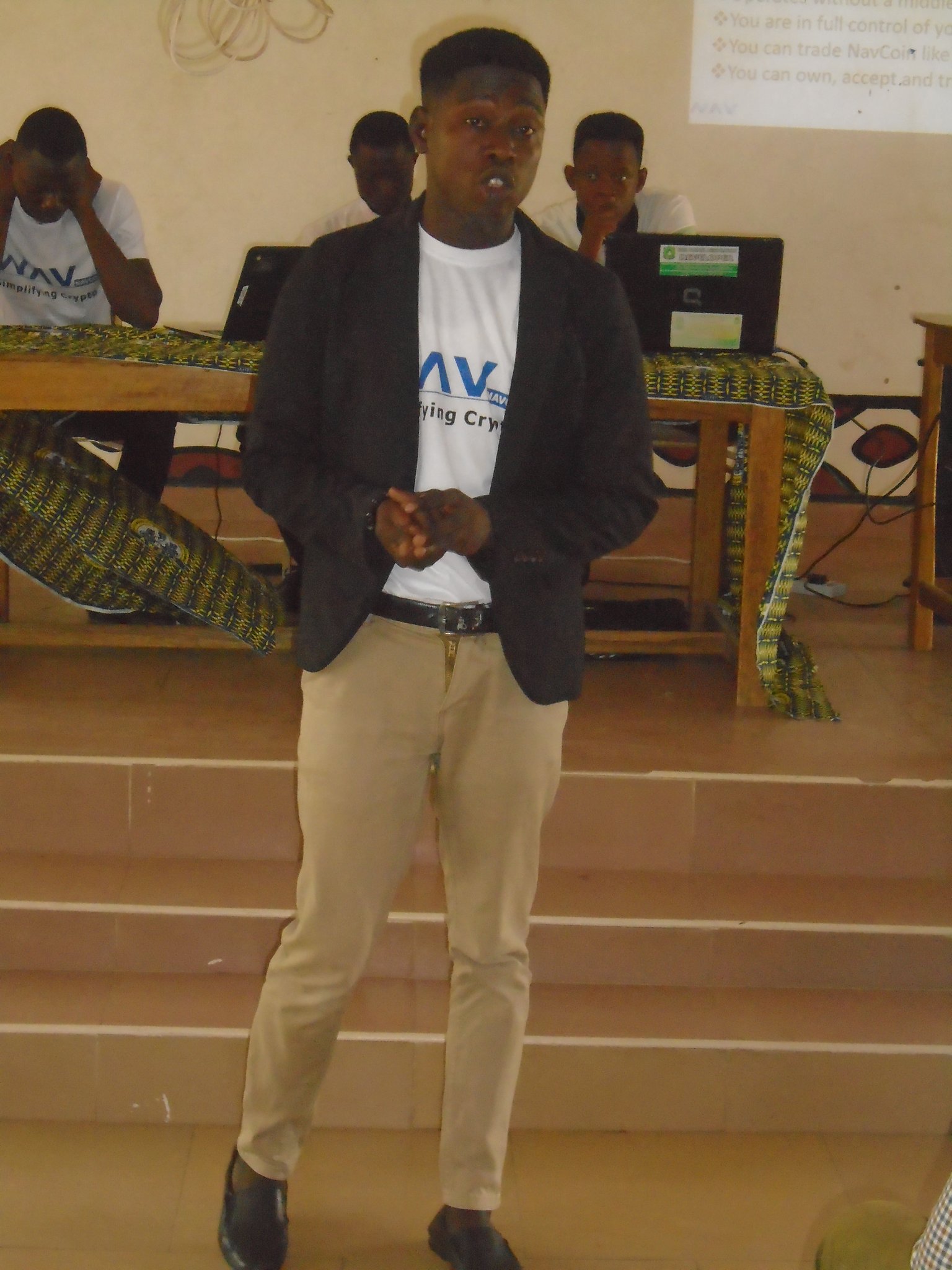 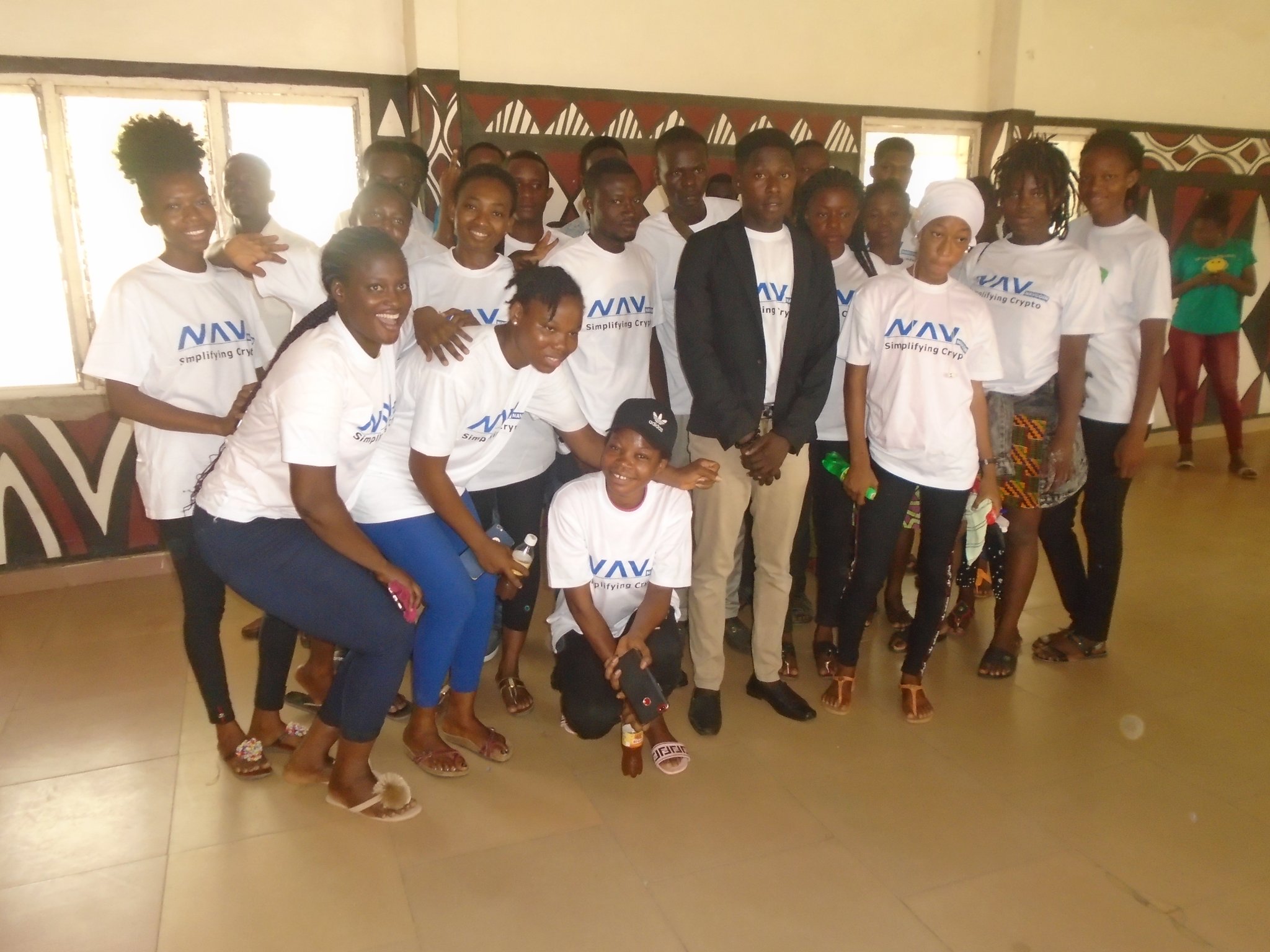 Ghana is the recipient of USD $2.2 Billion in remittances annually and Africa at large is a huge economy which is ripe to make use of such technologies as NavCoin. Having people on the ground in the region like cryptoeye to help educate people at the grassroots level is such an important part of helping Ghanians achieve financial autonomy.

The Ghana meet-up marks the first NavCoin event to be sponsored by the decentralised community fund and is a great example of what can be achieved with the fund. It’s also an important stepping stone for blockchain events in the region and we look forward to seeing more education sessions from NavCoin Africa in the future.

If you want to keep up to date with what cryptoeye is up to in Ghana and get involved, make sure you start following NavCoin Africa on twitter.

An instant exchange platform which supports over 300 currencies and simplifies the trading process.

A proof of stake and masternode pooling service which also has exchange capability between the coins it supports.

As with all new listings and services it is our duty to inform the community about them, but it can’t be considered an endorsement. It is always up to you to do your own due diligence before sending your NAV or other forms of money to any third party service.

There is currently 100,000 NAV available in the community fund with 9 pending proposals and just 2 pending payment requests actively being voted on.

There are five new proposals this week;

Natalie, a blockchain writer who wants to write and publish an analysis article about NavCoin.

CryptoGo wants to create professional promotional videos for NavCoin and publish them online.