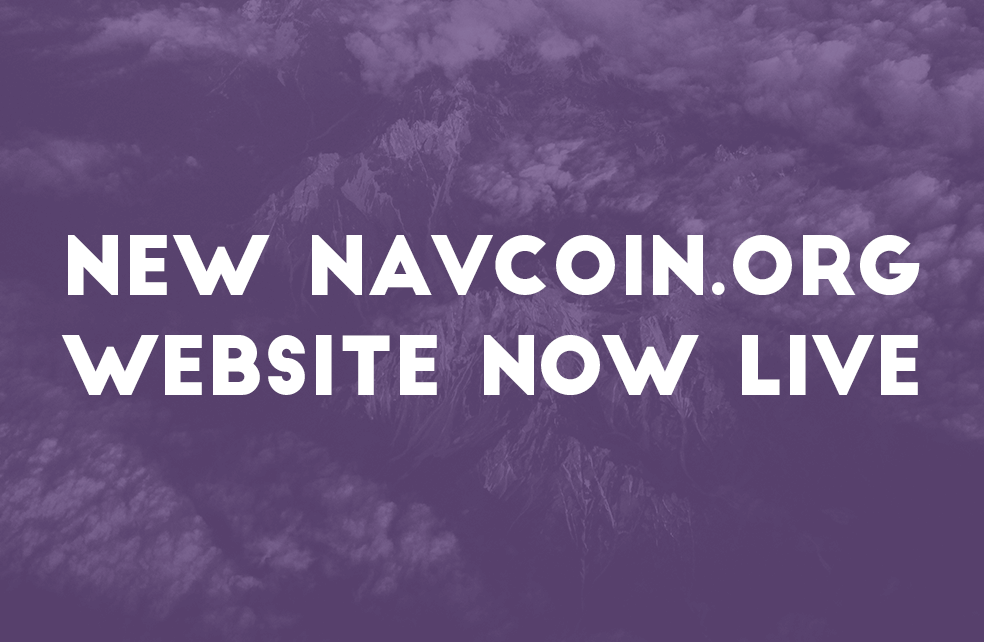 It’s here! After months of work by the Core Content team and Core Developers, the new NavCoin.org website is online. It has a fresh new look and new content. The aim of updating the site was to simplify its structure, make navigation more intuitive, and communicate NavCoin’s unique features and capabilities more effectively to new visitors. Why not head over to the site and have a click around now. We hope you like it.

It’s here! After months of work by the Core Content team and Core Developers, the new NavCoin.org website is online. It has a fresh new look and new content. The aim of updating the site was to simplify its structure, make navigation more intuitive, and communicate NavCoin’s unique features and capabilities more effectively to new visitors. Why not head over to the site and have a click around now. We hope you like it.

Get ready for the Hackathon

The NavCoin Digital Hackathon begins in a few weeks. There are three challenges to choose from, so you can select the one that suits your skills the best. Competing in the Hackathon is a great way to get some practice for submitting proposals to the NavCoin Community Fund, which launches very soon (see the item below). Registrations will take place on the NavCoin Collab website so make sure you’ve joined, and more details will be available soon.

Tune in to NavCoin Core’s Youtube channel next Thursday 18 October at the usual time 0830 GMT +12 for an in-depth presentation on the new NavCoin Community Fund by Alex and Craig - its lead developers. The NavCoin Community Fund is the world’s first fully decentralised fund - both in governance and how the funds are distributed. This session will give insights into how it works and how you can get involved as a contributor. See you there at NavCoin Core’s dedicated Youtube channel.

Get your NEXT wallet now.

Have you checked out Sakdeniz’ NEXT wallet yet? This is another great example of a community developer following through on a great idea and bringing it to life. Its features include a block Explorer and an in-wallet proposal maker for the Community Fund. Check out all the other features and download the NEXT wallet here.

Core developers had planned to launch NavCoin Community Fund this week, but as they were performing the final checks they found a ‘edge-case’ bug. As Core developers, they are governed by the NavCoin Developer Manifesto, which states that network security and stability comes above anything else - so they have pushed out the release by a few days. While the fix was simple, the impact was that all the tests need to be run again and everything checked and rechecked. So far everything is looking good and the Community Fund should be released shortly.

The Community Fund proposal builder has been integrated into the NavPi and is now undergoing final testing. We’ll let you know when it’s ready to go.

A new NavCoin Developer Documentation website is being built. The aim is to create a reference point for developers who want to contribute to NavCoin, or who want to build applications that interact with the NavCoin blockchain. It will detail things like how NavCoin’s version of Proof of Stake works, what RPC commands are available, launch options for the Core wallet, and options for its CONFIG file.

Now that the new NavCoin.org site is live, the Content Creators are moving onto the next item on their roadmap - refreshing NavHub.org. This site is important because it’s one of the main avenues for community members to get involved and contribute to the NavCoin ecosystem. The first step is to define the role of each page on the new site and decide how to execute it most effectively.

The shoot for the Community Fund and NavCoin.org home page videos has wrapped and crew are happy with the footage they captured on both days of filming. The next stage is selecting the best takes and editing them together. There is a lot of material for the editor to choose from, so this part of this process is likely to take a couple of weeks. Once the Core Content team is happy with how the pictures have gone together, a designer will work with the editor to create graphics to go over the pictures. The graphics will include full English subtitles and extra NavCoin branding elements. Thanks again to everyone who gave their time for free, and helped make these videos possible.

Article on the NavCoin.org design process

Carter has done a write up on NavHub talking about the overall process for redesigning the NavCoin.org website. A good behind the scenes look at how the team arrived at the finished product!

The ATM design poll on NavCollab is ready to go. A few community designers have created mockups for a NavCoin ATM. All you have to do is make your profile and cast your vote. This is one of the entries - what do you think? 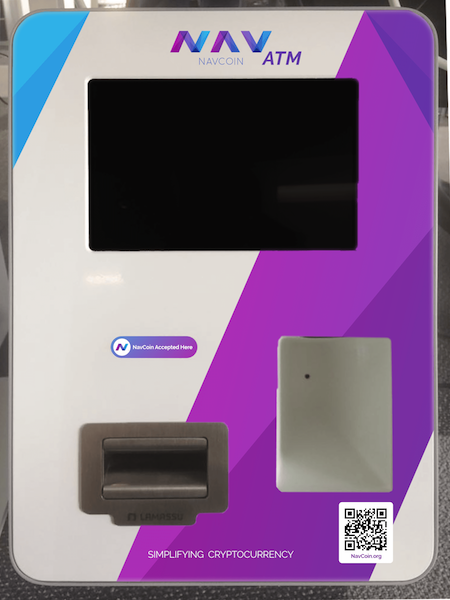