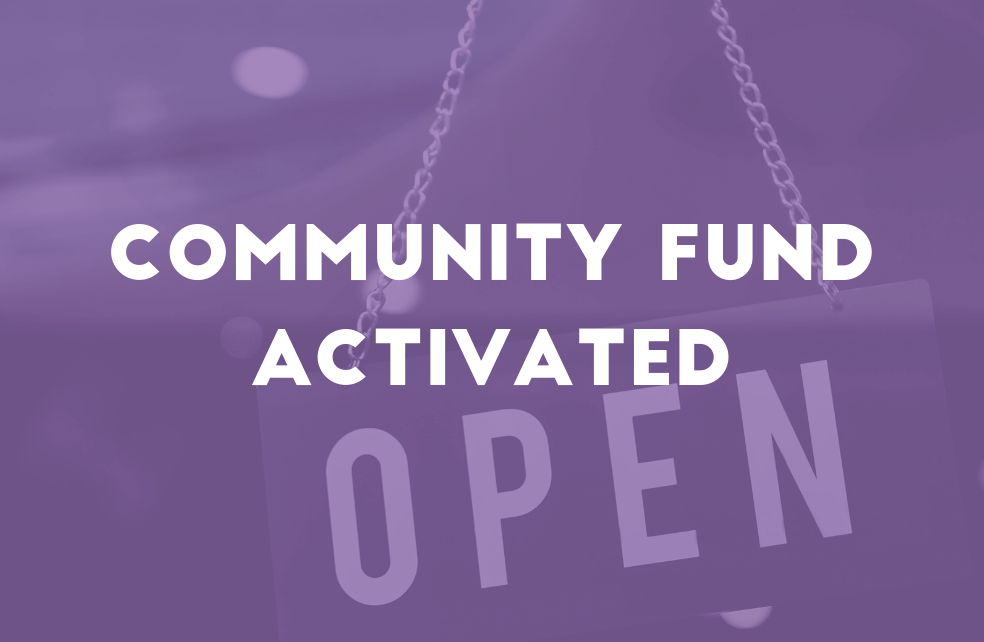 After many months of planning, developing, testing and retesting the NavCoin Community Fund went through its lock-in period and became fully active on Friday last week.

After many months of planning, developing, testing and retesting the NavCoin Community Fund went through its lock-in period and became fully active on Friday last week.

Activation means that the world’s first dual-vote Community Fund is open to submissions, proposals can be voted on, and funds released for completed projects.

Now the Community Fund is ready to go, what will your project be? Here are some resources to help you get started.

Use these resources to help you develop, submit and deliver a finished project with the NavCoin Community Fund.

NavCollab website, in the Community Fund channel on Discord, or in the NavCoin subreddit.

Build a team around your project

Most successful proposals will require the application of a range of skills, and it’s unlikely that one person will have them all. The NavCoin Collab website is there to help you build a team and fill skill gaps to make your project the best it can be.

Three easy ways to do this are to:

Promote your idea in the community

Get your idea top of mind among voters by promoting it on NavCoin’s key social media channels Discord and Reddit. Also, you can make regular updates to your Space on the Collab website and encourage other community members to follow your project.

Thanks to everyone who tweeted their ideas, but there can be only one winner and it is the team from the Easy Crypto exchange. Their winning idea is to expand their service into Australia, making it easier for Australians to buy NAV with AUD. They will now get to work directly with the NavCoin Core team to bring their idea to life.

For the last two years, the NavPi Stakebox has been the little hero that punches above its weight. It provided the backbone of the NavCoin network, and for only cents worth of energy per year, it did a great job of mining NAV blocks. But a few updates ago the NavPi started to have resource issues. Now that the blockchain has grown to over 2.6 million blocks and with the additional overhead of the Community Fund database, it looks like the NavPi is reaching the limits of its capabilities.

We managed to extend its lifespan by adding the option to use a USB drive as additional RAM. This fix got most users up and running again, and many people were able to update to NavCoin Core 4.4.0 via the auto-updater mechanism. However since 4.4.0 was released, the Core developers have made several unsuccessful attempts to create a new image for the NavPi with the Community Fund update.

If your NavPi is running 4.4.0 and you’re mining blocks successfully, then by all means continue using it, but please be aware that the NavCoin Core team will not continue officially supporting the NavPi. We’re sad to see the end of life of this awesome piece of hardware, which has given such great service to the NavCoin network. On the bright side, if you have a NavPi that isn’t able to mine NAV anymore, you don’t need to throw it away! They are still awesome little computers, which you can use for many different things. Head over to the Raspberry Pi website and be inspired by all the cool projects.

We are currently working to release an image for the ODroid XU4 device which is roughly 4x more powerful than the Raspberry Pi. It should be able to mine the NavCoin blockchain for the foreseeable future, while still only drawing 5v of electricity. The plan is for the ODroid XU4 image to come pre-loaded with NavCoin NEXT wallet, which includes advanced features for viewing and voting on Community Fund proposals. The NavDroid will not run the browser-based interface like the NavPi, instead, it will come pre-configured with VNC to use NEXT over a simple remote desktop connection.

In the longer term, we will plan to release the Kauri Wallet on the NavDroid when that’s ready to ship sometime next year.

And remember, all these projects are open source, so if anyone else wants to take over the NavPi project and see what they can do to maintain it, you are more than welcome to do so.

NavCoin is looking to be listed on new exchanges. The most recent application for listing was to YoBit. Their NavCoin/BTC trading pair is estimated to go online within the next few weeks.

Community member mntyfrsh and members of the Core team have been working to restore service to NavPay. It’s hoped that it will be back online over the next few days.

Matt, Marcus and summer intern Alex have been focussing on writing tests to cover the upcoming 4.5.0 release which is planned to include the introduction of cold staking and static rewards.

Matt, also took time this week to help develop trade relationships between New Zealand and Japan. As the resident Japanese speaker in the building, he met with a delegation of business people from Fukuoka and spoke to them about Encrypt S and the innovative work being done on blockchain technology in Auckland.

Applications are coming in for the summer internships, and the Developer and Content teams will start interviewing people who’ve made it onto the shortlist soon. The calibre of applicants is very high, so choosing the successful applicants will be difficult. Please email kieren@encrypt-s.com if you would like to apply - must be located in Auckland, NZ.

NavCoin Core developer @aguycalledalex offered $500 worth of NAV via social media to the first person who could solve a very tricky math problem, and most importantly demonstrate the correct calculations along the way. There are a number of entries and plenty of different interpretations on how to reach the right answer.

Answers are still in the process of being confirmed, so if you think you’ve got what it takes then try it out! In case you missed it here is Alex’s question again.

The boot camp is almost ready to go and will give you everything you need to know to develop a compelling NavCoin Community Fund proposal. To register your interest in taking part please complete this form.