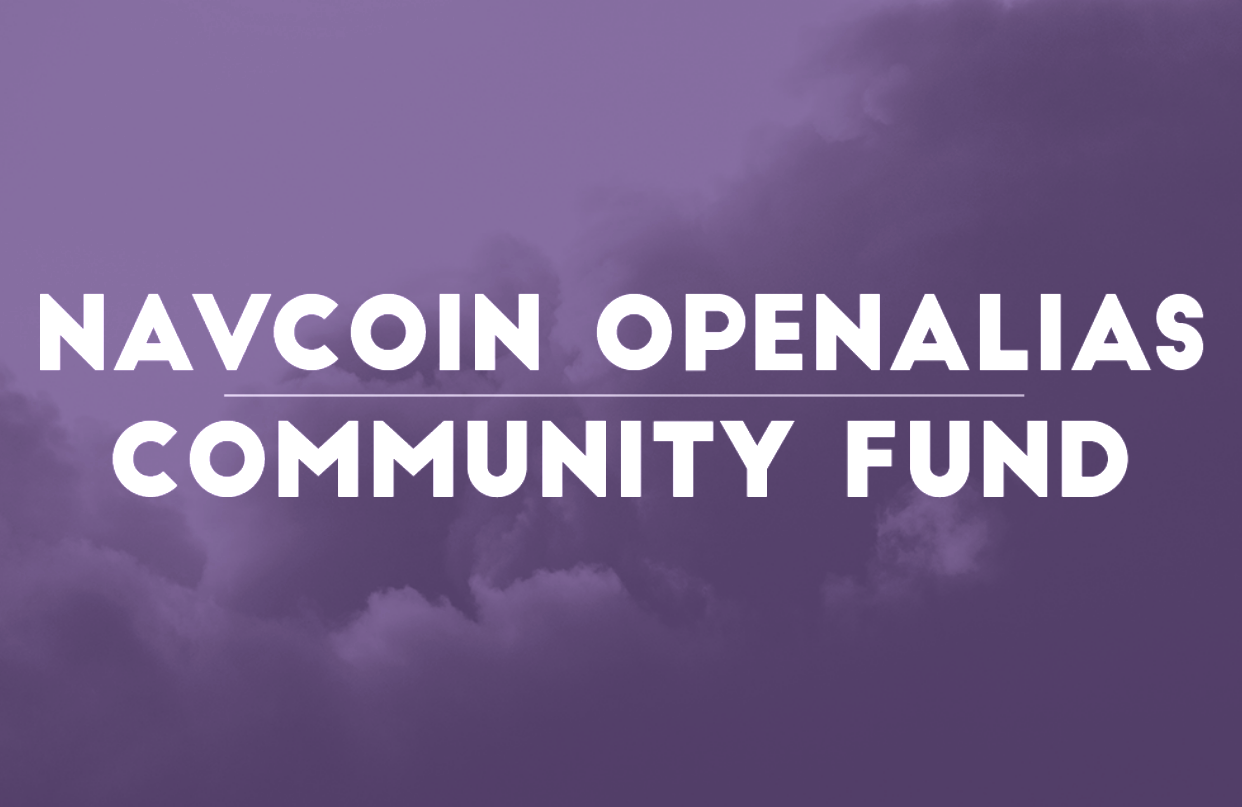 NavCoin OpenAlias works by converting the full 32 character NavCoin wallet address into an easy to remember ‘email style’ format, for example Rupert.Rabbit@nav.community. You can register any name or handle you want, but NavCoin OpenAlias doesn’t allow duplicates so it’s first in, first served.

Have you tried to break the Community Fund to claim a share of the 20,000 NAV Bug Bounty? The Community Fund is live on the testnet now, so why not head over to GitHub and see if you can hack it? There have already been a couple of issues found and patched up - so the Bug Bounty is doing its job.

Apart from the potential to earn some NAV, getting involved in testing is a great way to learn about coding with the support of experienced blockchain developers in the NavCoin community. Getting help is as easy as reaching out on Discord. Here’s your invitation to connect.

Testing NavCoin Core 4.3.0 and the Community Fund is still occupying much of core developers’ time, and there’s still plenty of opportunity for community developers to get involved too. As noted above, the Bug Bounty is up for grabs as an extra incentive to test the security of the Fund.

To test NavCoin Core 4.3.0 download the new version of the wallet from GitHub, check that it runs properly, then go back and leave a comment - including the system you downloaded to, and whether it worked or there was an issue.

Two new junior developers will be helping out the core development team starting from next week - both are postgraduate university students that are familiar with C++ and are keen to get involved in blockchain development. Initially they will be helping out with testing the community fund, and will use that as a way to learn about NavCoin and blockchain.

After a brief holiday on the way home from his time in Berlin, Matt is now back in Auckland and getting stuck back into it. Welcome back Matt!

Following the resolution of the memory issues affecting NavPi, an article was published on NavHub documenting the short and long term solutions.

Adding to the resources available to NavPi users three new articles were published to the Knowledge Base, and additional support is available in the #navpi-support discord channel. If there are any further issues, please report them in that channel.

Also last week, the new v1.0.9 NavPi image was released for download. It includes significant performance optimisations, so all NavPi users are encouraged to update their NavPi’s to v1.0.9 immediately.

Lastly, NavCoin Core build configurations were updated so that developers have a more streamlined workflow in the initial setup.

Sakdeniz has been busy lately, creating this promo video for the NavCoin Community Fund. It’s another great demonstration of how community members can contribute in ways other than coding. Check it out here.

What could you create using your knowledge of NavCoin, its features, ways to use it and the community? Remember all members of the NavCoin community are autonomous individuals, so you’re free to help out however you want. For inspiration take a look at RenderForest and Biteable, which is another popular online video making tool.

In the past week the Core Content Creators main focus was the refresh of the NavCoin.org website. Improving its usability and interface are the key objectives, along with ensuring it contains the resources community members need.

Alongside that, work continued on material to support the launch of the NavCoin Community Fund and NAV OpenAlias.