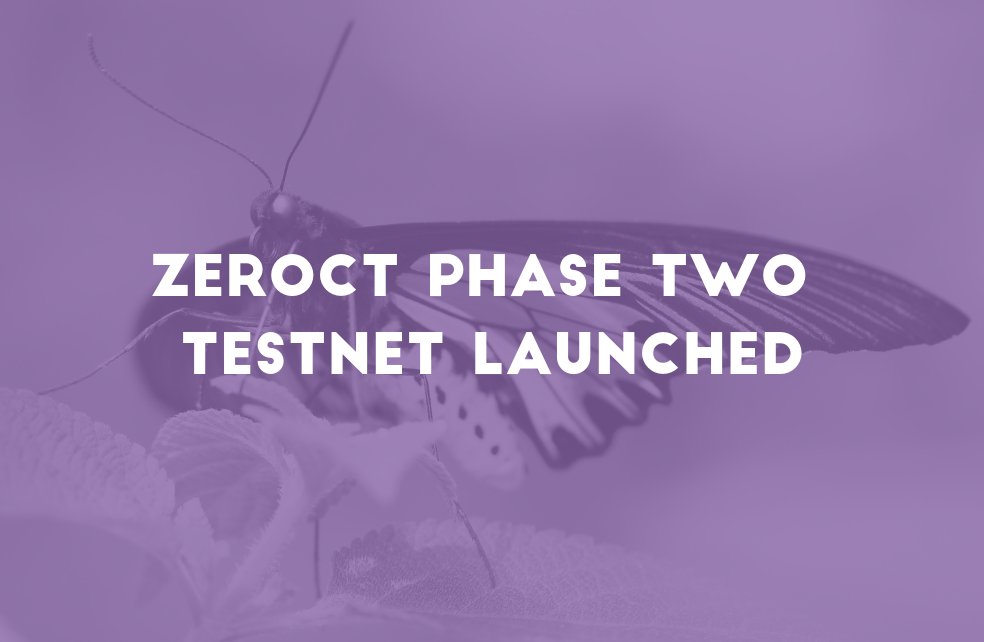 The fully featured ZeroCT implementation has been launched on the testnet and NavCoin has been listed on the Equicex Exchange & Debit Card platform.

NavCoin’s new on-chain private transaction protocol ZeroCT has reached another major milestone with the deployment of its second phase to the testnet. The addition of non-denominational RSA accumulators and confidential transactions means the testnet now meets the design specification described in the ZeroCT white paper. With the main protocol implementation complete, the efforts shift to review, refinement, testing and interface design.

It seems the protocol is gaining some attention as development progresses. The ZeroCT white paper has been included in zk Capital’s newsletter which you can read here;

If you want to try ZeroCT, you can build the binaries from the source code on GitHub or download the compiled binaries directly from the community site;

The more people who can review the code and test the wallet, the faster and more thorough this process will be. You don’t have to be a developer to participate in the beta testing, just try it out and if anything doesn’t work as expected log an issue on GitHub and chat with us on Discord.

If you’re new to NavCoin or the ZeroCT protocol, a good place to start is with this two part article series that gives context around how the protocol was designed and what makes it unique;

NavCoin has been listed on Equicex exchange which is tightly integrated with their cryptocurrency debit card service. The website states their debit card requires no identification, is 100% anonymous and also has no daily or monthly transaction limits. They offer a range of options including physical cards, virtual cards and even offshore bank accounts.

The physical cards cost $50 + shipping and has both monthly and transactional fees, while the virtual card only cost $5 and has no monthly service fee.

For more information and to get your card, visit the Equicex website;

The long awaited and much improved Community Fund interface for NavCoin Core has been approved and merged into the master branch. This means it will be available in the next NavCoin Core version (4.5.3) or if you want to try it out early, you can compile your own wallet from the source code on GitHub. This was a large portion of the NavCoin Core Interns work over final month of their internship, so it’s great to see this work completed and their efforts realised.

The web interface for the NavDroid has now been completed and the focus has shifted to testing on the device and completing the device specific commands like rebooting and updating the daemon. This process has taken a bit longer than expected but is nearing completion. We are hoping to have the public beta distributed in the next few days.

It’s worth noting that the NavDroid interface is built in Angular and NodeJS, and is completely open source. The current interface is pretty basic with its design based on Google’s Material UI. Once version 1.0 is launched we will be looking for web developers & designers who are keen to help improve the interface and contribute to maintaining this great project.

It’s starter projects like this which offer a great foot in the door for anyone with web skills to being transitioning to working with blockchain and cryptocurrency without being overwhelmed by blockchain protocol engineering.

For now, here’s a preview of the overview page: 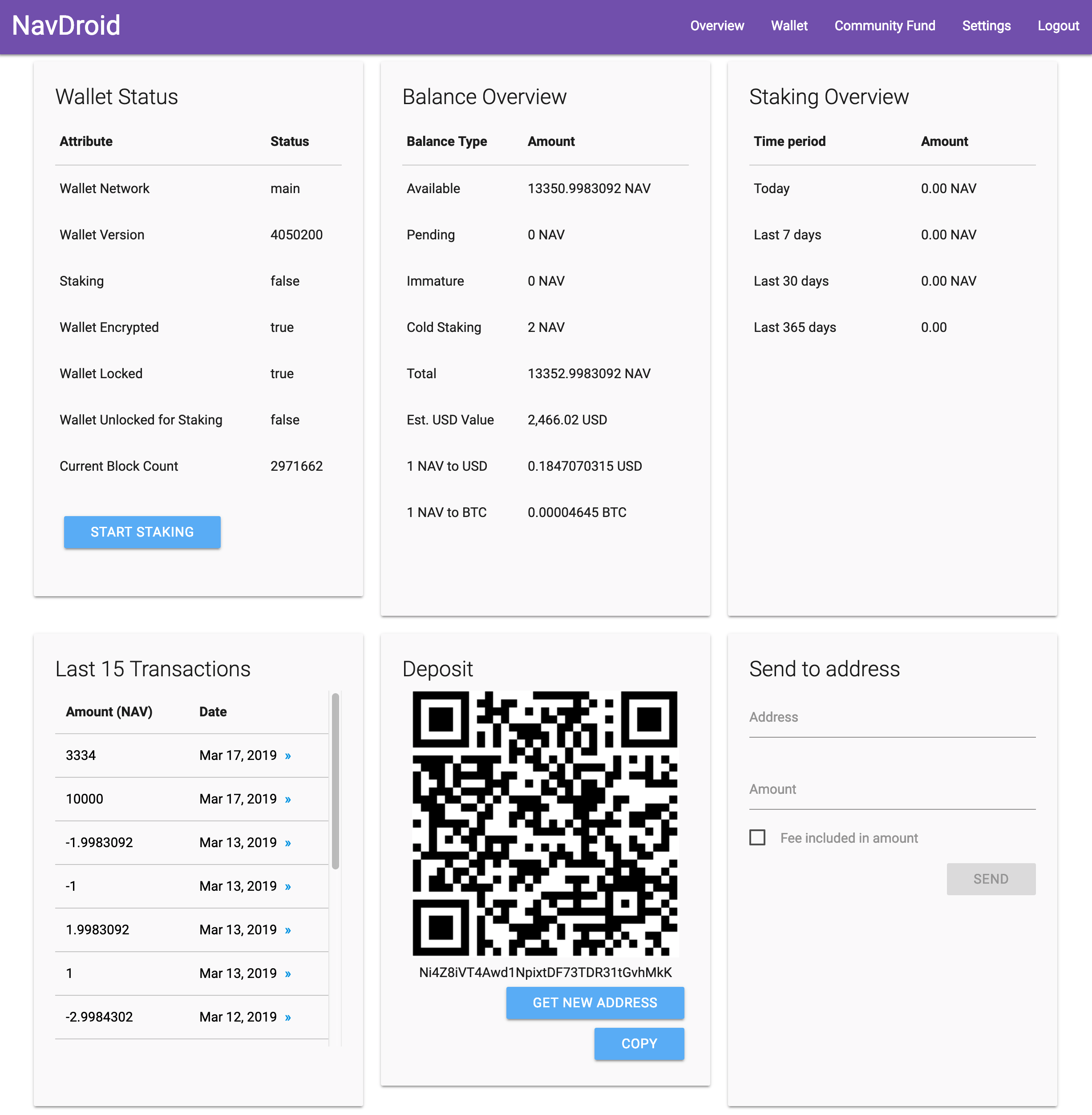 NavCoin is once again available for trading on Bisq thanks to the acceptance of a pull request submitted to their platform by Alex. Bisq is a decentralised exchange where you can trade NAV while not needing to trust your coins to a third party. The coins you trade remain on your computer until the trade is confirmed and completed peer to peer. Decentralised exchanges are a great way to remain in control of your private keys while buying or selling cryptocurrencies.

NavCoin has been added to the Tokenview Block Explorer which provides explorers for hundreds of cryptocurrency projects. Tokenview offers a range of services including an API, market analysis and transaction tracking.

Tokenview is the third block explorer available for NAV after NavExplorer and CryptoID.

There is currently 93,000 NAV available in the community fund with 5 pending proposals and 3 pending payment requests active being voted on. If you are staking coins make sure you head on over, learn what they’re about and cast your votes.