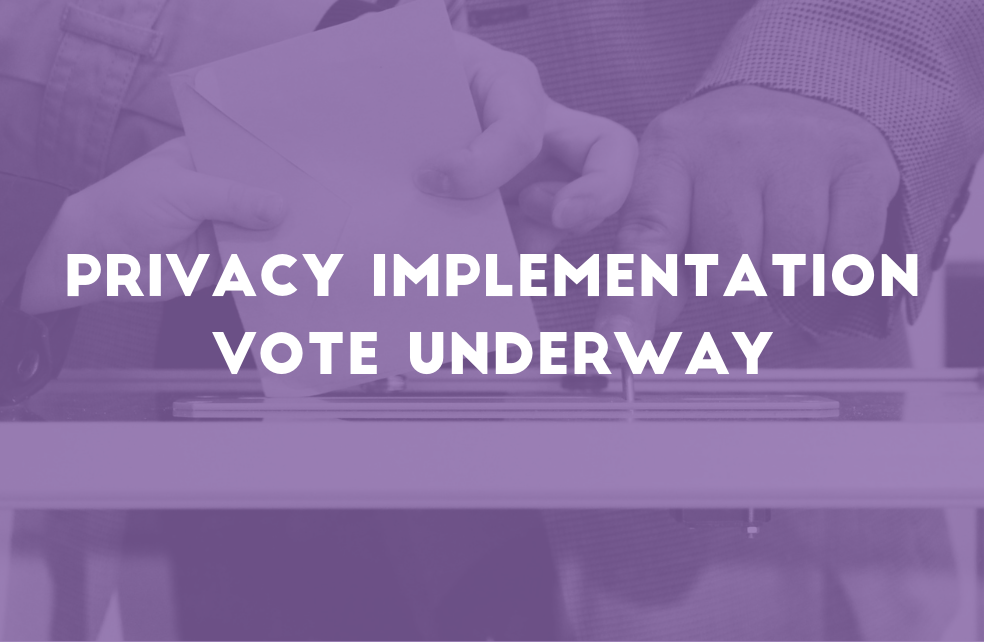 In this week’s news the vote for the future of NavCoin’s privacy is underway, work has begun extending NavCoin’s DAO and beekarts Community Fund article is live!

After much debate within the community about the best path forward for private transactions on the NavCoin blockchain a second vote is underway to understand the network sentiment for an improved implementation based on the ValueShuffle protocol.

As described last week, ValueShuffle is essentially a combination of CoinJoin, Confidential Transactions and Stealth Addresses, and Alex has some ideas to make it more scalable, more decentralised all while only relying on very well tested cryptography to provide privacy.

The vote has had an unprecedented level of support so far with 2343 votes for and only 10 against at the time of writing. This is the highest ratio of support in the history of the Community Fund to date, so it’s looking positive the vote will conclude positively at the end of the cycle.

These types of votes while not binding are useful for the network to communicate its sentiment on issues before further effort is spent on a proposal which will ultimately be declined by the network.

NavCoin Developer aguycalled has started work on improvements to NavCoin’s DAO capabilities that will extend it beyond the current Community Fund system. With the deployment of the NavCoin Community Fund, NavCoin became a Decentralised Autonomous Organisation (DAO) and not just an open source decentralised network. This allows the project to be self funded and self directed by the individuals who are involved in it at any given moment.

Decentralized governance mechanisms are hugely important to cryptocurrencies who do more than pay lip service to the idea of being truly decentralized and accessible to all who want to participate. The Community Fund is the first step down this road and work is being done to progress this aspect of NavCoin’s consensus mechanisms.

The proposal for what aguycalled is building can be seen in detail on his reddit post. He has also opened a pull request on GitHub as a work in progress to check against.

NavCoin Contributor beekart has written and published his article about NavCoin to Coinidol. The article is an in depth look at NavCoin’s community fund which is presently one of NavCoin’s most defining features and explains it in a way that someone new to NavCoin can understand.

The NavCoin Collective is an open publication and the editors happily accept relevant article submissions about NavCoin from the entire community. If you’d like to write an article about NavCoin and have it featured on the publication, get in touch with proletesseract on discord.

The proposal put forward by proletesseract to start a bounty program for the NavCoin websites has been approved by the network. This funding proposal slates 25,000 NAV towards improving the functionality and content of NavCoin.org, NavHub and the NavCoin Knowledge Base.

Over the coming week prole will be filling the issues lists with bounty tasks such as adding merchants, adding exchanges, writing knowledge base articles, design improvements and technical features. If you have ideas for ways to improve the sites don’t be afraid to add your own issues also, this is intended to be a collaborative effort amongst the community.

There is a project board setup under the NavCoin organisation which will be used to track the life cycle of issue, or you can also look at the list for each website individually.

Once some bounty issues have been tagged, the payment request to withdraw and cold stake the bounty program funds will be made.

This week 2 pull requests have been successfully merged to the master branch with another 14 open for review. This bumps up the total number of pull requests ready for inclusion into the next version of NavCoin Core to 25.

The bounty program for NavCoin Core is ongoing with more and more bounties being claimed each week. If you want to get paid to contribute to NavCoin’s code all you have to do is claim an issue flagged with the “bounty” tag or if you find a feature or bug you want to work on then write your own issue and request a bounty assessment from aguycalled.

There is currently 98,603 NAV available in the community fund with 7 pending proposals and 0 pending payment requests actively being voted on.

There are 3 new proposals being voted on this week by the network.

Due to the lack of support in continuing to fund the weekly news, a downsized proposal has been made to fund a monthly newsletter and social media posts.

This is a sentiment vote on whether an improved version of ValueShuffle is the right direction for NavCoin’s private transactions.

This proposal is to fund a wheelchair for a community members dog with a spinal cord disease.