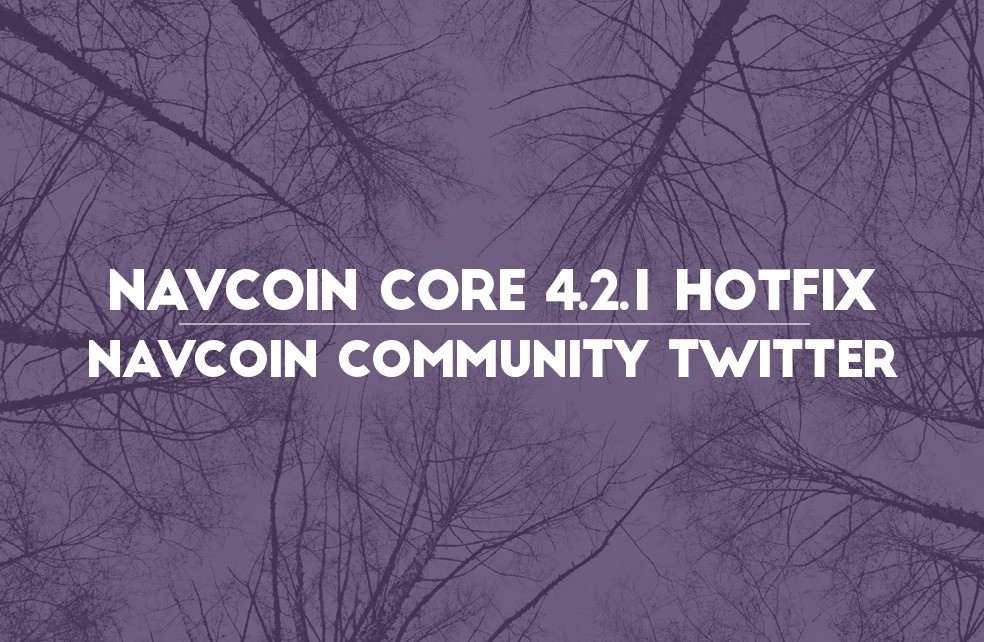 Last week the Core Developers discovered and fixed an issue that prevented NavPi’s updating 4.2.0 and signal their support for the community fund accumulation soft fork. It was good to see Core Developers rallying to fulfill the objectives laid out in the Developer Manifesto - ensuring the stability of the network takes priority over all other tasks. So thanks to everyone who helped out - and burned the midnight oil for the greater good of the NavCoin network.

Last week the Core Developers discovered and fixed an issue that prevented NavPi’s updating 4.2.0 and signal their support for the community fund accumulation soft fork. It was good to see Core Developers rallying to fulfill the objectives laid out in the Developer Manifesto - ensuring the stability of the network takes priority over all other tasks. So thanks to everyone who helped out - and burned the midnight oil for the greater good of the NavCoin network.

What’s happening in the community

Are you following the NavCoin Community Twitter account @NavCoin_Global yet? It’s a great place to keep up to date with everything that’s going on in the wide world of NavCoin.

They’re doing a great job of helping to spread adoption of NavCoin in the wider community and how to encourage merchants to accept NavCoin. If you have any other ideas about how to get NavCoin accepted at your favourite merchants, please let the community hear about it. Post your ideas in the #community-action channel on Discord.

CoinPayments helps everyone in the NavCoin community by making it easy to pay using NAV. This week they’ve gone a step further with this Tweet promoting NavCoin to their followers. Thanks guys.

To support Coin Payments, start by checking out their directory of stores accepting NAV, then get out your NavCoin wallet and buy something.

In Iceland on his way to Berlin, Rowan was rocking his NavCoin t-shirt. Where are some exotic locations you’ve worn your NavCoin gear? Share your pics with the community on your favourite social media with the hashtag #NavCoin.

Core Developer Craig @proletesseract (on Twitter) shared his story on the evolution of NavCoin over the past few years with New Zealand online magazine The Spinoff. Read it here:

Core developer Paul @Red01 (on Twitter) gave this video interview to The Futurist Project on why businesses should accept digital currencies. Watch it here.

Last week NavCoin Core 4.2.0 was released which includes the Community Fund accumulation soft fork. Uptake by the network was slowed due to an issue in the NTP sync calculation on 32 bit systems which included the NavPi. The issue has now been resolved and the NavCoin Core 4.2.1 NTP Hotfix is ready to download. The full list of new binaries to download are available on Github here.

If you agree with the consensus change and want to signal your support for the community fund accumulation soft fork, make sure you download this new version of NavCoin Core and resume staking blocks.

Congratulations to Sakdeniz (on Discord) for releasing the 1.0.2 alpha version of his NEXT wallet for Windows, MacOS and Ubuntu. It looks fantastic. Check out the release notes here: 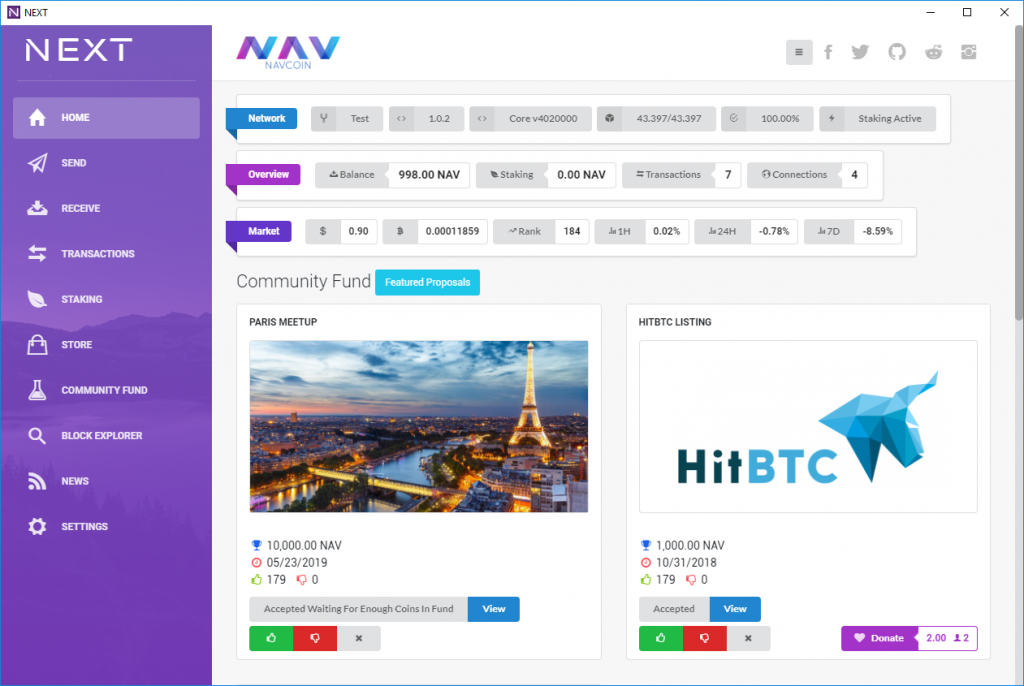 hash512 (on Discord) has been working with Sakdeniz to get NEXT running on his NavCoin m8. It should be ready to go on sale in early July, after a little more burn in testing.

NavCoin m8 will be deployed with the NavCoin software, the NEXT wallet, and a bitcoin wallet installed. Any other Proof of Stake coin wallets that have been tested will also go out at launch, or be added at a later date.

For more info on this awesome community project check out the m8 channel on Discord and visit the NavCoin m8 website:

Social media was a big focus last week, with the creation of a series of posts on the NavCoin Core 4.2.0 release, the 4.2.1 hotfix, CoinPayments, and the Developer and Content Manifestos. There is now a large pool of social posts buffered and ready to go, meaning NavCoin will have a continuous presence on the key social channels.

The Core Content Collective continued their work on updating content in the refreshed navcoin.org developer site and navhub.org community site. You can see more detail on how the Community Fund will operate here.

To introduce the concept of the Fund and invite community members to signal their agreement to the NavCoin Core 4.2.0 soft fork, a short animated video was created. Look out for it soon in our social channels and on navhub.org.

And if developing the awesome NEXT wallet wasn’t enough Sakdeniz has been experimenting with another batch of NAV logo animations called ‘Dust’ and ‘Bling’, which you can check out here: